Rentalcar-Talk.com - The Community for Rental Cars

It was then a Mustang convertible @Lauderdalerick . But the design of this Mustang fits fully in that time period.

The design of the blue Mustang Convertible is absolutely great. I like it 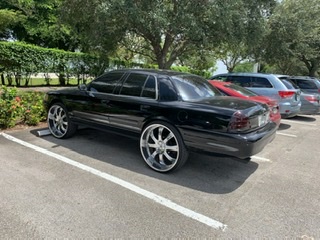 In this version I think the Ford Crown Victoria might be unique.
Top

Ok, a few others seem still to exist.

Ok, a few others seem still to exist.

Do you have a picture of such a police car @Lauderdalerick ? Would be very interested to see such a version